The Daily Fantasy Minute: Where DFS advice is always free!

I realize there are better running backs this week, there is no reason to inform me.  Todd Gurley, Adrian Peterson, and Devonta Freeman may all outperform the players I have listed below.  My goal is simple this week, spend less money on running backs allowing us to pick from the top tier from the WR list.  Each of the running backs below should easily offer 3x/4x value due to their expected workload and low price.

I am going to rank the RB's in ascending order of price due to the big WR theory I am working this week. 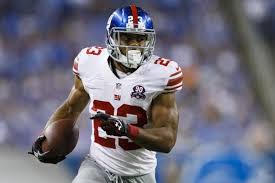 Philadelphia 52.5
NY Giants -3
Jennings  has averaged 17.3 carries per game over the last three games and has added a handful or receiving targets.  Jennings has gone over 3x value each of the last three weeks and 4x value over the last two.  You only have to go back two weeks to see the Eagles allowing David Johnson to go off in a 187 yard 3 TD game.  The Eagles are a mess right now, Chip Kelly is gone, and their defense is a tire fire.  Jennings is a tremendous value at $3700 and it keeps our RB price low enough to stay big at the WR position.

Jeremy Langford ($3900)
Detroit 45
Chicago -1
It appears the Bears are taking a quick peak into 2016.  Jeremy Langford has out touched Matt Forte in two of the last three weeks.  Langford has all the tools to be a lead back in the NFL.  He is shifty, has good speed (4.42 40),  has good size (6'0" 208lbs), and has a great set of hands to catch the ball out of the backfield.  If the Bears in fact try to feature Langford this week, he could be for a big workload at a very good price.  Week 17 can be very tricky in the NFL, dodging land mines is an essential part of your Week 17 DFS strategy.  What we know for certain is the usage for Langford has been pretty consistent over the last half of the season.
Averages since Week 8
Offensive snaps: 37.3
Rushes: 14.2
Yards/Game: 54.3
Targets: 4.2
Receiving yards: 27.5
If the Bears increase his workload this week, you can easily see how valuable he could be for our line ups.  There is obviously some risk involved here but for Langford to get to 3x value he only needs 11.7 points.  11.7 is the floor for Langford this week and 4x value of 15.6 is much more likely. 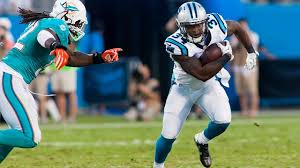 Tampa Bay 47
Carolina -10.5
I know, I know, I suggested CAP last week and it didn't pan out.  But this time, I really mean it.  Fozzy Whittaker suffered a high ankle sprain in the game against the Falcons.  I don't see any way the Panthers rush Stewart back for a close to meaningless game against the Buccaneers.  They need Stewart ready for the playoffs.  The Panthers already have a first round bye which gives Stewart an additional week of rest for his sprained foot.  The Panthers may elect to utilize Mike Tolbert this week but even if they do, there should be plenty of carries to go around for both of them.  CAP looked good in limited work last week but only saw two touches in the second half.  I expect nearly a full workload for him this week.  CAP should easily get 3x value (12.9) and 4x value 17.2 is certainly not out of the question.

Edit To Add:  Jonathan Stewart ruled out for Week 17.

Darren McFadden ($4900)
Washington 40
Dallas -4
This is the strangest game of the week.  The Redskins are the only playoff team with absolutely nothing to play for.  I have no idea how Gruden will handle playing time for his team but if I had to venture a guess, I'd say the Redskins starters get limited playing time.  My guess would be the same is true for both sides of the ball.  Vegas obviously agrees.  Dallas has no business giving points to anyone yet they are giving points in this contest.  Dez Bryant was sent to IR leaving Brice Butler and Terrance Williams as the top wide outs.  Kellen Moore is now the quarterback and has averaged 172 yards passing in his first two complete starts.  Dallas is going to run the ball.  Now that we are in the final week of the season, Dallas no longer has to worry about McFadden getting his seasonal injury.  I anticipate McFadden getting 20-25 carries.  McFadden has gone over 100 yards in three of the four games he received over 20 carries.  McFadden has a very nice price tag of $4900 and should offer a very strong ROI for all of his investors. 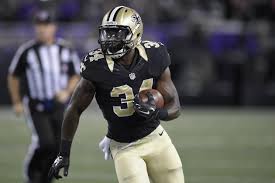 Atlanta -4
This is about as high as I will spend on a RB this week.  Tim Hightower is as close to a clear cut #1 RB as you will find in this price range.  He is averaging 22.6 rushes over the last three weeks and has punched three touchdown in during the same stretch. Hightower has been used consistenty as a pass catcher as well adding to his DraftKings value.  The Falcons are tied for dead last giving up 19 rushing TD's on the season.  This game has the look and feel of a tight NFC contest with a lot of scoring.  Vegas put 52 on the game and I think it could very well go over that total.  Hightower should see a lot of volume this week against the Falcons once again making him strong DFS play for both cash and GPP line ups.

I answer any and all fantasy and DFS questions.

It Is Where I Play DFS 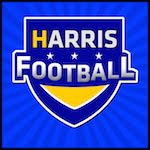 Chris watches every game. Every week. Reports back to you